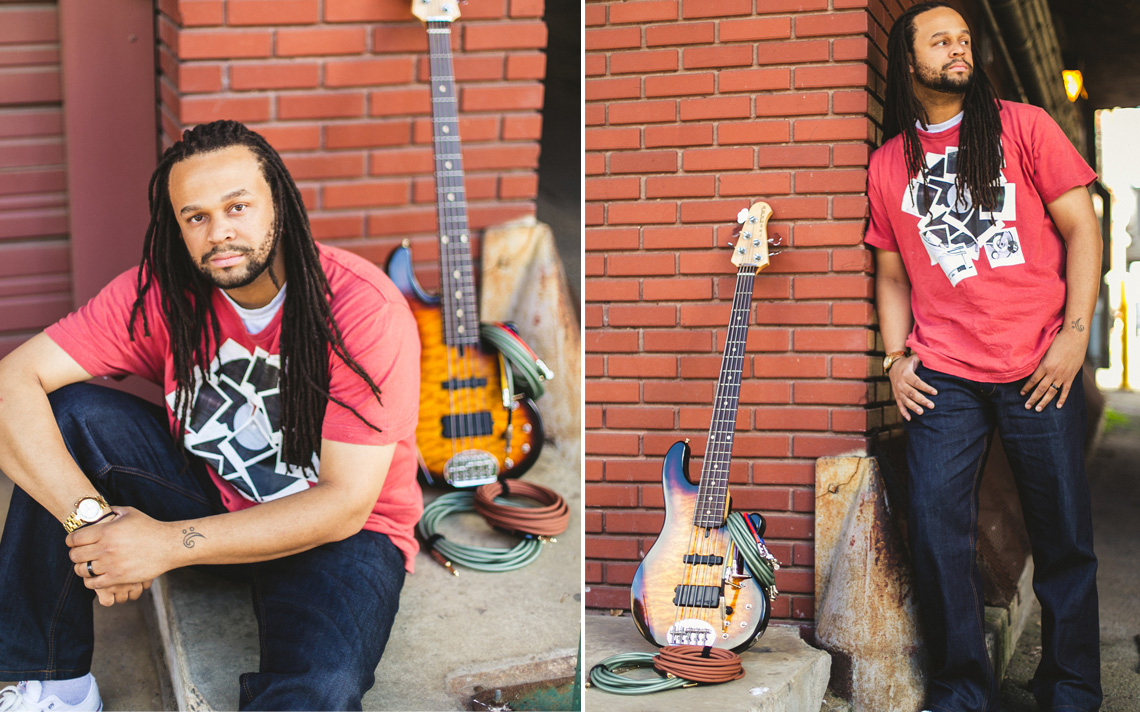 Corey Harris, a native of Little Rock, AR, is a bassist, engineer, and producer that has established himself as a highly credible and sought after talent in the southern region. Corey is currently serving as the bassist at St. Mark Baptist Church in Little Rock, AR, who are the 2013 National How Sweet The Sound choir competition winners, and bassist for Funky Town Band under the Ram Entertainment Group in Memphis, TN.  Corey also is a proud artist of S.I.T. Strings and Gallien-Krueger.

Born into a family of music, Corey Harris is an enthusiastic lover of all genres of music. Blessed with this gift from God, Corey has traveled across the United States displaying his love of music.

At an early age Corey developed a love of music through the example of his parents who were a part of the gospel sensation The B&H Gospel Singers. Being with his parents as they toured the south performing, he saw firsthand what it was to be a part of EXCELLENCE in music.

At the age of 5, Corey took up his first instrument, the drums, which he says is still his first love. Over the years as he developed his skills, Corey noticed how important the role and relationship the drums and bass played together in music. At the age of 15 he started playing the bass guitar and has not put it down since then.

Throughout his musical career Corey has been blessed with the opportunity to share the stage with some the top gospel and secular artist such as Dorinda Clark-Cole, Karen Clark-Sheard, Kim Burrell, Joseph Israel, Chico and El Debarge, Eric Roberson, Joe, Algebra Blessett, Chrisette Michele, and Dave Hollister.