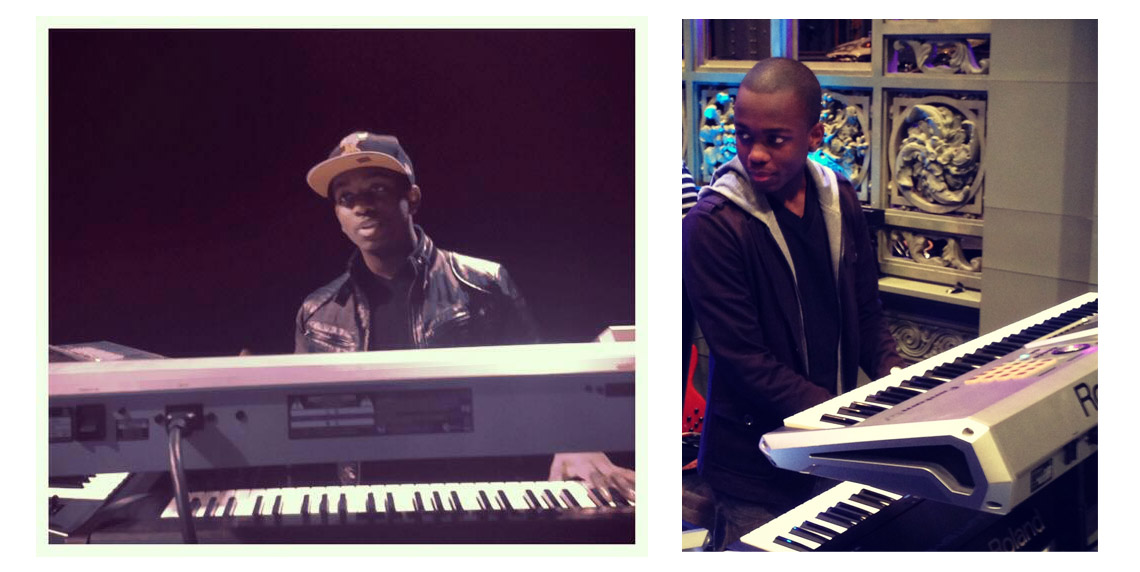 My name is Delvyn Brumfield. I am 21 years old, born and raised in Los Angeles. I am a Producer/Keyboardist. Being a musician, my hopes are to achieve goals and be an all-around businessman, beginning with proper work ethic and perfecting my craft daily.

My passion for music began at the age of 6 and after six years of sitting under great influences, I received my first paying job at 12. From then on, I was playing at different churches around the Los Angeles area. During high school I went to perform at the Hollywood Bowl with our jazz ensemble and after high school attended Berklee College of Music.

While on break in Los Angeles, after my first year in college I received an opportunity to play for Brandy Norwood, which brought my college experience to an end. Thanks to Nisan Stewart for taking the chance and providing me with these opportunities, he has also placed me as a keyboardist at his church Greater Emmanuel Temple in Lynwood, Ca.

I have since then played/arranged for several other artist such as Kendrick Lamar, Tamar Braxton, Nelly, TGT, Tyrese, Tank, Jamie Foxx, Chris Brown, Anthony Lewis, Billy Bang, Snoh Aalegra as well as gospel recording artist Deitrick Haddon, who has released a new album with his choir LXW which I played keys.