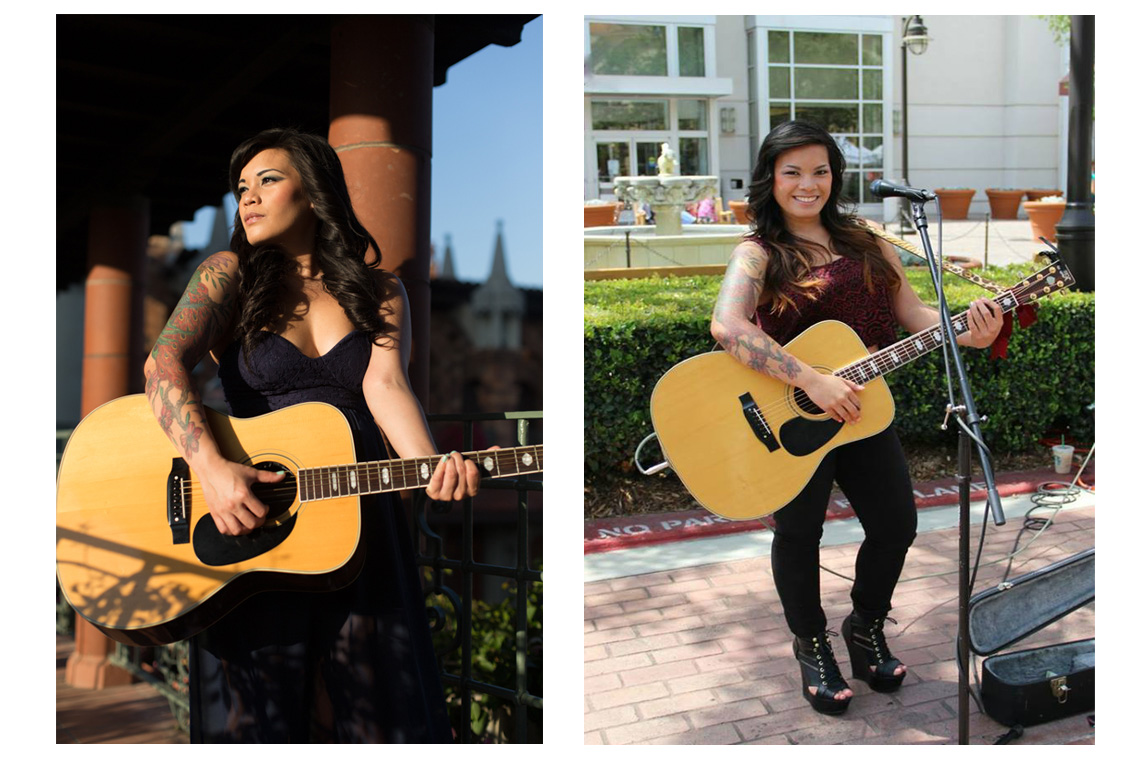 Apryle Dalmacio is a multi-award-winning Singer, Songwriter, and Guitarist from Riverside, California who has captivated the hearts of listeners around the world with her dynamic vocals, expressive performances, and relatable lyrics for 10 years.  Her accomplishments have been admired on several levels including commendation from original member of rock band, Chicago’s, Peter Cetera, in an invitation to open for his first show of his 2016 tour, and Senator Connie Leyva for her Young Women’s Summit inauguration in 2015.

Dalmacio has had the honor to tour around the United States performing at venues from Hawaii to New York. She has performed for the music industry’s most popular trade show, NAMM, and performs for corporate celebrations, private parties, and exclusive V.I.P events across Southern California. In addition, Dalmacio is significantly involved with her community, spreading her talents at local c